The "Can I Make a Living Doing What I Love?" Experiment (#2: Chickens and Cats)

If you've read the first installment of this series, you know that on August 1, 2014, I embarked upon an experiment in which I've allowed myself one year to see if I can make a living doing what I love, which mainly is of the extremely obnoxious "Look at me! Laugh at me! Read my stuff!" variety. If you haven't read that first installment, stop being a lazy douchepants. Just go back and skim it or else you're not going to know what the hell I'm talking about.

I've decided that it would be good idea if I keep track of any money that I make over the next year in creative pursuits, so I started an Excel page. I don't know how to, uh, Excel, but I use it anyway. I suppose I could use this experiment as an opportunity to learn Excel...or...nah...it's too much like math, so I'll just use it in a way that's wrong to the world but right for me. Pretty much like I do math actually.

So far the Excel sheet is blank.

They really should have emoji in Excel, so I could fill in some of those blank cells with little ladies dancing the tango or snowmen or Easter Island faces. I bet those guys who create emoji make a pretty good living doing something sort of creative. Fucking weirdos. Can you imagine going on a date with one of those guys?

Me (making a face even though I didn't mean to): "For your job job or just for fun?"

Him: "For my job job. My latest oeuvre has been The Wave, based on The Great Wave Off Kanagawa, a ukiyo-e woodblock print by Japanese artist Hokusai from the late Edo period. But my big money-maker was the poop with eyes."

That would be a huge turnoff, wouldn't it? Or maybe not. Maybe those guys are super fun freethinkers whose idea of a good time is renting an cozy, tastefully decorated cabin on a remote beach less than four hours driving distance from your house? It's not my place to judge those fucking weirdos.

Anyway, thanks to all of you who posted encouragement to me on this experiment on Facebook and Twitter. (Confession: Only one person replied to my Twitter post - thanks, @whbinder! - which pretty much sums up why I hate Twitter. Fuck you, you bluebird butthead.) It's nice of all you to have such faith in me. I almost hate to disappoint you.

Which I surely will. And this chicken is why. 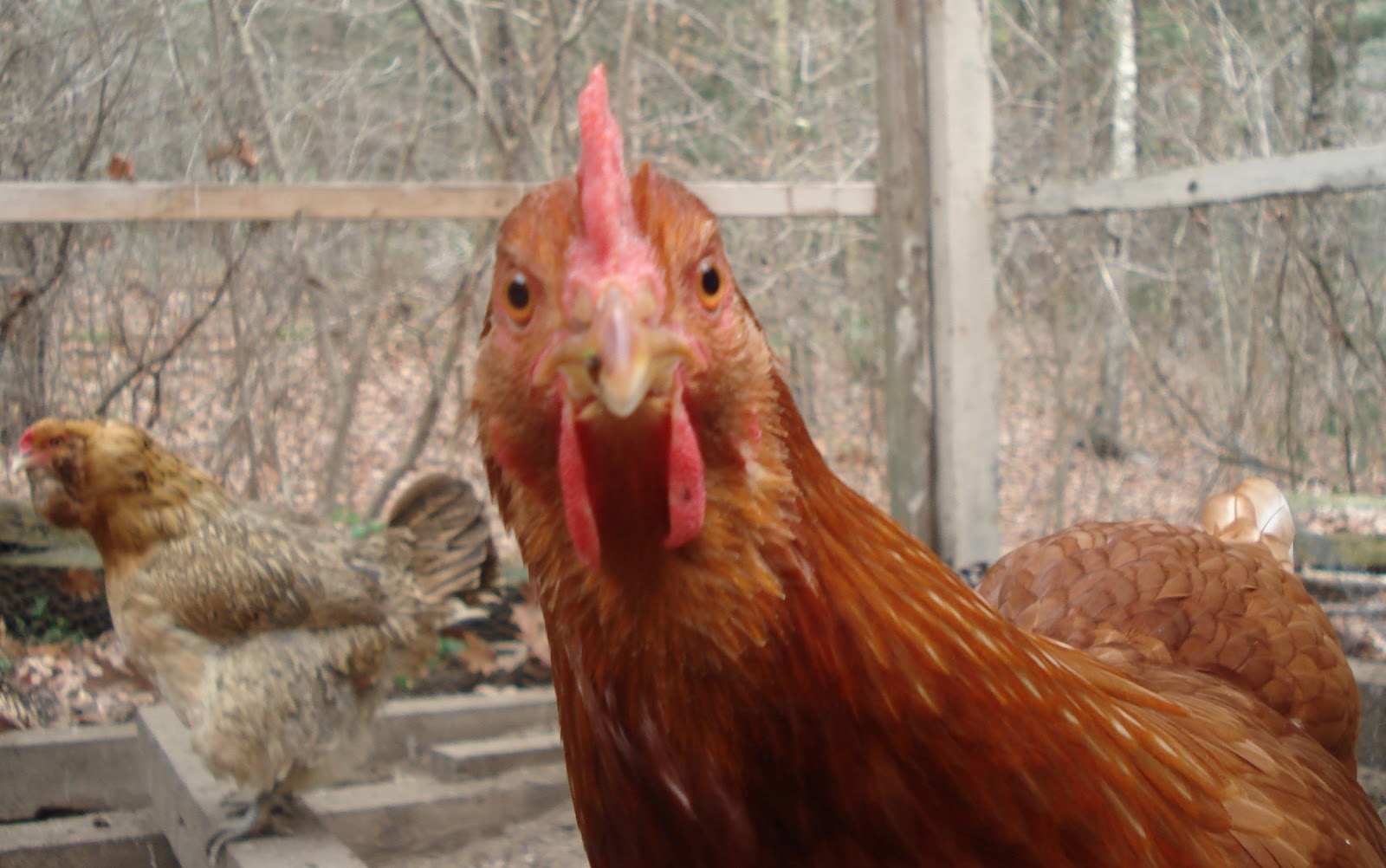 See, I recently realized that nobody making a living through improvisation has chickens in their backyard. And I have chickens in my backyard. So following that logic...yeah...I just got Socratic methoded right up the ass. I am nobody, who are you? I don't live in a city. The nearest improv theater is two hours away, which is not a realistic daily commute for me at this time. The only people I know working full-time in a branch of improvisation live in a city and work at a theater or work through a major theater in some BizCo or TourCo or BoatCo-type thing. The only Co I have is a cat. I live at the top of a winding, wooded hill in a town that doesn't even have its own post office. What the hell was I thinking with this experiment?!!?

I think I'll stop thinking and just try to do it anyway.

This week, I am interviewing one of my comedy heroes, I'm working on publicity for the comedy show I produce, I'm writing, I'm producing and planning a workshop, and I am meant to start working on a couple new writing projects. Those are all the "unpaid" jobs. But I have two paying gigs performing improvisation and one paying gig teaching improvisation.

Hey! This not-thinking thing is working well already...I might even afford to buy a case of that swanky cat food we feed Coco.
*
Read the next installment of the experiment here,
which has to do with artistic integrity and shit splatters.
* * *

Pam Victor is the founding member of The Ha-Ha’s, and she produces The Happier Valley Comedy Show in western Massachusetts. Pam performs a "Geeking Out with: The TALK SHOW," a live version of the written Geeking Out with... interview series, at comedy festivals throughout the land. Pam writes mostly humorous, mostly true essays and reviews of books, movies, and tea on her blog, "My Nephew is a Poodle." Currently, Pam is co-writing "Improvisation at the Speed of Life: The TJ and Dave Book" with TJ Jagodowski and David Pasquesi. If you want to stay abreast of all the geek out action, like the “Geeking Out" Facebook page.