A couple nights ago, I fell into bed after the hour-long drive home from performing in an improv show where I had mimed the theme from Great Expectations, embodied a skunk shooting its stench from its ass, and played a domineering, homosexual janitor in an improvised musical called Fast Times at West Spring High. Not quite as lively as the previous Tuesday when I had ridden a cast-mate piggyback across the stage, been dismembered by a candy called The Guillotine and wound up hanging upside down for five minutes, and had my left boob groped onstage by every member of the cast, but still, a good show. My husband was, of course, already in bed. (We don't always see each other standing these days.)

"How was the show?" he asked sleepily.

I mumbled back into my pillow, "An hour ago, I was singing Everyone is Great at Gay Night at The Smitty's."

Falling into sleep, he said softly but not unkindly, "You have a weird job."

Job. This is my job.

More often than not these days, I'm stressed and exhausted and running on fumes, but I am grateful to be working. This is my job. It's really fucking weird. And I love it. 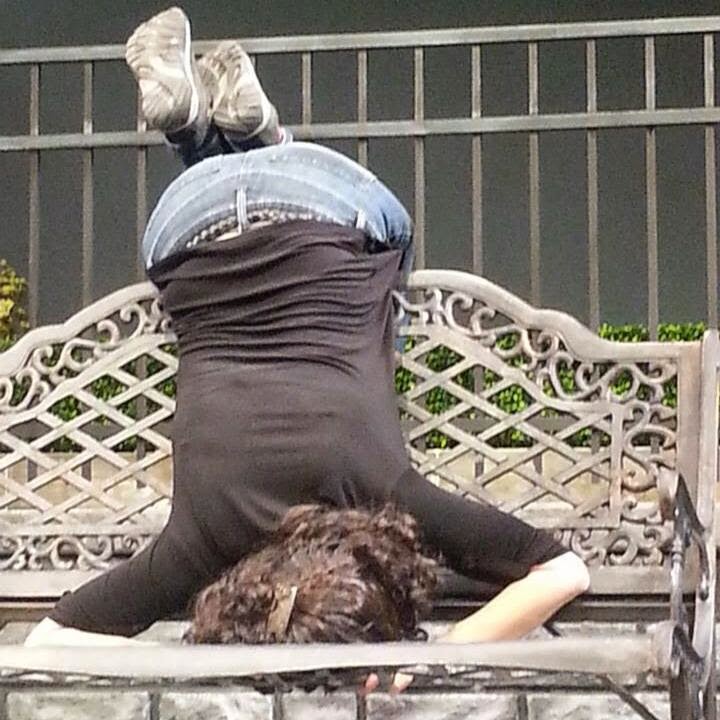 *
Read all the installments in
The "Can I Make a Living Doing What I Love?" Experiment
here.
* * *

Pam Victor is the founding member of The Ha-Ha’s, and she produces The Happier Valley Comedy Show in western Massachusetts. Pam performs  "Geeking Out with: The TALK SHOW," a live version of the written Geeking Out with... interview series, at comedy festivals throughout the land. Pam writes mostly humorous, mostly true essays and reviews of books, movies, and tea on her blog, "My Nephew is a Poodle." Currently, Pam is finishing up work on "Improvisation at the Speed of Life: The TJ and Dave Book" with co-authors TJ Jagodowski and David Pasquesi.
Posted by Unknown