Geeking Out with...Joe Bill (Part One)

[“Geeking Out with…” is a series of interviews with well-known, highly experienced improvisers. It’s a chance to talk about stuff that might interest only hardcore, improv dorkwads like me.  You can find the complete “Geeking Out with…” series here and at the Women in Comedy Festival blog.]


If you’re an improviser, you probably know who Joe Bill is. After all, Joe Bill is an improv legend. If you’re one of the lucky many, you’ve taken a workshop with him. And if you’re among the luckiest of the lucky, you can call Joe a friend. Joe Bill has been an improv comedian for over thirty years with a resume that makes me wish I had been living in his front shirt pocket since the mid-80s. I am going to wimp out on using this meager paragraph to sum up his illustrious comedy career thus far (but more on that later); however, I will tell you how you can see him now.  A founder of The Annoyance Theatre in Chicago, Joe now performs at iO Theater with The Deltones and The Armando Diaz Experience.  He and Mark Sutton generously travel the festival circuit performing BASSPROV, a show that marks a cornerstone of the improv world. Look, I’m not going to bullshit you and hide the fact that I’m a Joe Bill fan. It was a distinct pleasure interviewing the man I think of as the foremost Philosopher of Improv Comedy. I hope this first of three-part geek out session with Joe Bill is as good for you as it was for me.

PAM: When I took a workshop with you at ImprovBoston in 2011, I remember sitting there with an incredible yearning for the opportunity to geek out about improv with you for hours and hours. In fact, the whole “Geeking Out with…” series grew out of that incredible desire. Now that the opportunity is finally here, I’ve got first date jitters! I would be so horrified if I got home to discover I had spinach stuck between my teeth the whole time.

JOE: I like spinach. And I'm not visual, so I wouldn't notice or I'd just tell you.
I like first dates.

PAM: Ah, you're one of those guys who won't notice if I did my hair differently. I see… Ok, to business then. Writing your bio. scares the crap out of me. With 34 years of incredible experience and a brimming, bulging sack full of accolades, the task of summing it up into one neat paragraph makes me want to hide under my covers. When you look back on your improv life, which experiences make you most proud?

JOE: Aw, fuck...now I know how YOU feel! I better do this as a list, kind of one item at a time with the promise that I'll miss something...

PAM: Go for it. I'll be here hiding under the covers.

JOE: I don't take a lot of back inventory of things that I'm proud of.
Pride is a difficult thing for me. (Thanks, Dad!) OK, I'll say I'm happy and thankful for these things, and leave pride out of it, unless it comes up for me in the moment:

That I made the group in college that would have me work with some of the most amazing and informative people in terms of my growth as an artist/improviser.

That we were successful, week in and week out, in doing a mostly, well, a  two-thirds new show each week.

That I moved to Chicago ahead of everyone else.

(Backing up.) That I gave up a State Championship ring in basketball in high school to pursue theater, and that culminated in my making the Indiana All Star Cast in high school and being named the top actor in the state my senior year.

That I did stand-up in order to be a better writer and improviser and to avoid therapy for a while...or to tee myself up for it.

That I'm among an amazing group of Annoyance Theater founders.

That I gained Del Close's respect and confidence.

That I slugged my way through Second City.

For everything that happened at Annoyance: the shows, the people, the wonderful and awful history and everything in between.

For persevering at iO when shit hit the fan.

For finding my voice as a teacher and being part of the philosophy associated with Annoyance.

PAM: One of my first questions usually has to do with how you found improv and the path you’ve taken to get here, but you’ve been in improv for something like 34 years, I think, right? Can you give me the short story of your improv trajectory starting from when you improvised for the first time?

JOE: Well, I first learned games in high school in Indiana. That was 1977, so yep, 34 years ago. We were allowed to create our own mimed pieces through improvisation in that group. That was my junior year. And then I was in a short form group during the summer between high school and Indiana University...and then in subsequent summers I played with them until I got in Dubbletaque with Mick [Napier], Mark [Sutton] and a couple of others in college that would be the core of Annoyance founders.

PAM: So was it love at first sight with you and improv?

JOE: I loved it as soon as I did the very first one...plus I always had a burr under my saddle for scripted stuff.

JOE: Well, we did the traditional high school playwrights... but I liked musicals more back then than traditional theater. From the beginning I think I always preferred creation to recreation and, initially, singing was more fun than acting. Though I DID love doing Diary of Anne Frank. And I reference it (in improv) probably once or twice a year STILL.

PAM: I played Margot. Lame part, but I got to eat chocolate cake on stage.

JOE: My high school girlfriend, the one I lost my virginity with, played Anne. She had to bind her boobs with an ace bandage to play her.

PAM: You lost your virginity to Anne Frank?! Already this interview is breaking new ground.

So anyway you meet Mick Napier and Mark Sutton, two guys who will shape your improv career, in college. How did you guys end up in Chicago?

PAM: Why Chicago? Just to be in the city or did you go there specifically for improv?

JOE: For improv…and my girlfriend in the group, the amazing Faith Soloway was from Chicago. I thought I'd study at Second City and iO until she came up, then…then maybe... But that was not to be, though she was also part of the original Annoyance group.

PAM: Greatness is born from a desire to get laid.

JOE: Yeah, getting laid with someone you truly love too, both as a girlfriend and because I LOVED creating with her. To this day, she remains MAYBE the best relationship I’ve ever had...and she's a lesbian now. But we definitely love each other and stay in touch.

PAM: Yeah, I knew she is gay, but I was going to be well behaved and not mention it.

PAM: That’s because you ARE a lesbian.

JOE: True. And I AM an improviser, at my core, and a teacher.

Stay tuned for the second part of
“Geeking Out with…JoeBill”
in which Joe Bill discusses
The Annoyance Theatre, BASSPROV and one very famous lesbian.

Catch up on other improv geek-a-thons:
Geeking Out with…TJ Jagowski of TJ and Dave
...David Razowsky of iO West
...Mark Sutton of BASSPROV
…Jimmy Carrane of the Improv Nerd podcast
…Susan Messing of Messing with a Friend
and many more! 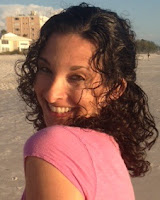 Pam Victor is the founding member of The Ha-Ha’s, and she produces The Happier Valley Comedy Show in western Massachusetts. Pam directs, produces and performs in the comic soap opera web series "Silent H, Deadly H". Pam also writes mostly humorous, mostly true essays and reviews of books, movies, and tea on her blog, "My Nephew is a Poodle." If you want to stay abreast of all the geek out action, like the “Geeking Out with…” Facebook page!