Are you going to barf if you read another blogger’s retrospective look at 2009? Well, grab a Maalox and chill pill because I can’t help but to bid a fond but firm farewell to the year.

For me, the theme of 2009 was “Looking Back.” I got the first clue as to what the year would have in store for me right out of the box in January when I accidentally joined Facebook. You’re laughing at me, I can tell. I didn’t know! I had no idea what a Pandora’s Box of adolescent memories would pour forth from my computer screen, sweeping me along in a deluge of reconnections, remembering, and a regret. My sole regret is for losing touch for 25+ years with a whole slew of the most awesome people, who thankfully once again have become woven into the fabric of my being. In 2009, we played a lot of The “Remember When?” Game. Remember when we went to the water treatment plant on Action Day? Remember when we sang “Look at Me I’m Sandra Dee?” five hundred and fifty seven times in 1979? Remember when I was so excited because you thought I was African-American for two weeks? Remember when…remember when...

And then came the phase of sifting through the rubble of memories, picking them up one by one, and examining them through the eyes of an adult. Whole new tracks needed to be laid down to accommodate new information about old history. Past disagreements were laid to rest. New old relationships were formed. We painted updated visual imageries of our old friends as little boys transformed to grown men with little boys of their own and teenage girls became women raising teenage girls of their own. We grew up in each other’s minds. 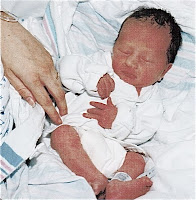 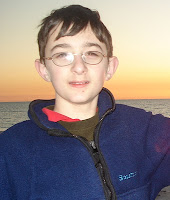 And while we weren’t looking this 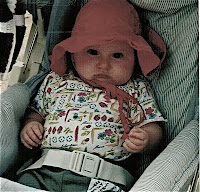 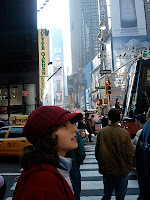 All these backward glances became disorienting as I tried to conceptualize the passage of Time. How could 10, 20, 30 years slip by without notice? How can a quarter of a century ago feel like only yesterday? I spent much of 2009 grappling with my apparent ability to feel 17-years-old and 43-years-old at the same moment. Although I love (love!) being my current age, the fact that I'm old enough that a couple decades could slip between my fingers so easily gave me something to chew on during 2009.

Looking back has its value, sure, but I’m looking forward to looking forward in 2010. Here’s to making new memories with old friends and family in the next year. I wish you, dear reader, much happiness in the here and now and for all of 2010!

Email ThisBlogThis!Share to TwitterShare to FacebookShare to Pinterest
Labels: Update: Looking Back at Looking Back, Updates